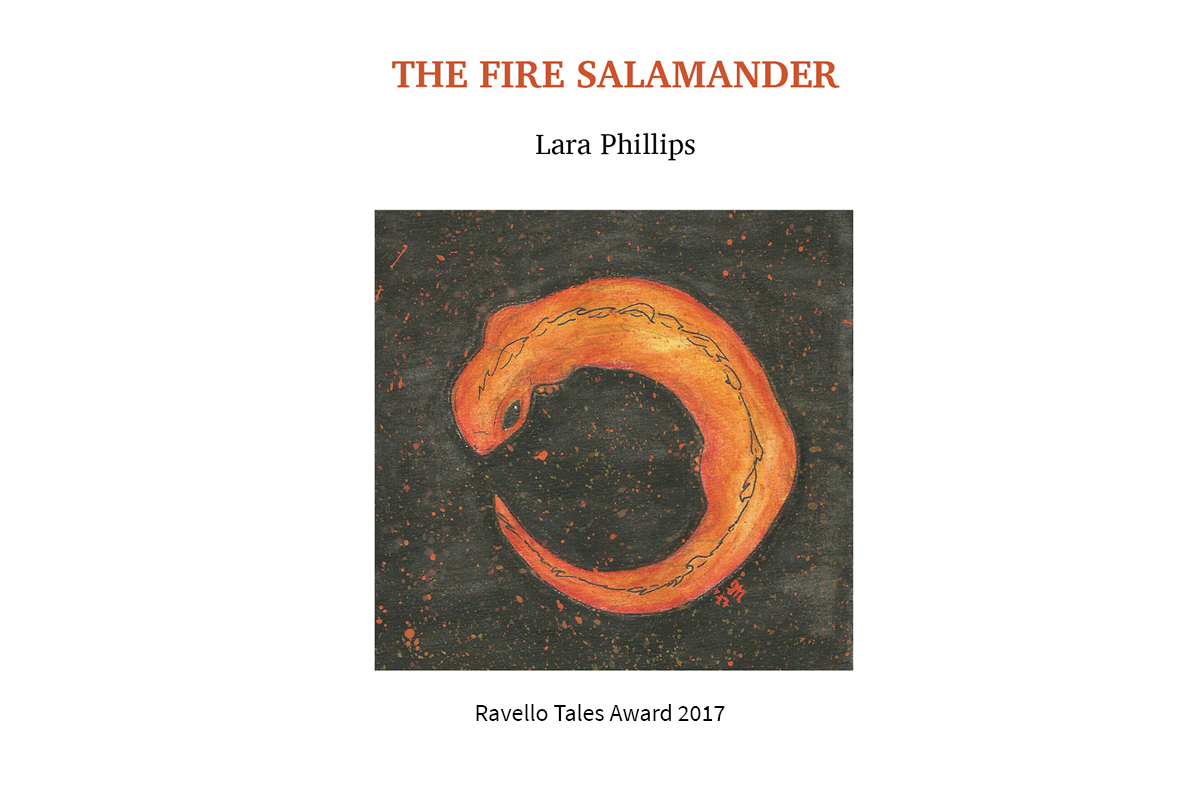 
It is an oppressive hot summer’s day in Ravello with the fires on the mountains and in the nearby towns in the background. From the multi-coloured swarming crowd of tourists and inhabitants of the town some voices and characters stand out: Margaret, a young British widow, is chasing her literary ghosts, writing in a notebook a possible plot of a possible tale that will never be published; Ann and Jack, her teenage niece and nephew, strong and independent, are getting to grips with the problem of helping a boy of their own age but on the run from a far-distant country; Gennaro, an old farmer, resists heroically the flattery of those who want to steal his land, while he still hopes to find his missing son. The fires lick the characters’ lives, pulling them apart and pushing them together. All of them are drawn along by a powerful Mother Nature who wants to regain her own omnipotent role.

Lara Phillips was born and brought up in the north-east of England. She studied English at Oxford University before working as a teacher in Japan for several years and travelling widely in Asia, Scandinavia and Europe. Lara is also a qualified medical herbalist and maintains a love of plants and the natural world. Alongside this she has a keen interest in Anglo-Saxon and Old Norse myths and legends, Shakespeare, and contemporary fiction. She has lectured and run workshops for literary summer schools on such topics as herbal medicine in the Renaissance, the garden in children’s literature, and monastic herb gardens. She has also taught drama and directed several amateur theatre productions including Macbeth, The Cherry Orchard and Arabian Nights. Lara lives with her two children and cats, and currently teaches English in a school in Newcastle.