Both the villa and its magnificent garden, which Gregorovius compared to the Gardens of Armida among roses and hydrangeas, share their origins with the town itself, thus dating back to the remote past. The structure of the residence was probably built on the ruins of an ancient Medieval complex, dated around the 11th century, of which exist many reports. It belonged to the Neapolitan family Fusco, that from the half of the '500 enlarged it, realizing the beautiful frescos of the salons and adding the famous Terrace of the Infinite with the most beautiful view of the world (as also many artists attested). After few decades of carelessness, the Villa returned at its splendor from the first years of the '900, passing in the hands of the Lord Grimthorpe. He transformed the Villa into a wonderful garden with its magnificent mixture of architectural styles with a British taste, also thanks to the precious directions of the English botanist Vita Sachville West. The cloister, from the beginning of the '900 was restored according to a mix of Arab-Sicilian-Norman styles and was integrated to the crypt, an enchainting neogothic loggia, which was the favourite seat of the members of the Bloomsbury Group who frequented the Villa, such as the Dukes of Kent, the sculptor Henry Moore and many more. Also the divine Greta Garbo stayed here, accompanied to the music composer Leopold Stokowsky. Also the interior was completely restored between the 1907 and the Twenties of the 20th century by the Lord. An excellent sample is represented by the beautiful floors, realized with ancient “riggiole” and the contemporary tiles coming from Vietri sul Mare. The natural scenary is incomparable. On the oriental side, the eve enlights in every season the wide coast of the Gulf of Salerno; on the west side, during the clear days the sight can space over the land of Amalfi. Walking through the garden, flourishing in every season, with a British mark but with an Italian style, it is possible to meet natural benches and little temples (like the one dedicated to Bacchus, for example) and ancient statues placed in natural grottos, like the marble Eve, sculptured by a pupil of Antonio Canova, Adamo Tadolini. It is possible to notice some bronze stutues, like The David, made by the neapolitan Gioacchino Varlese, inspired by other masterpieces. 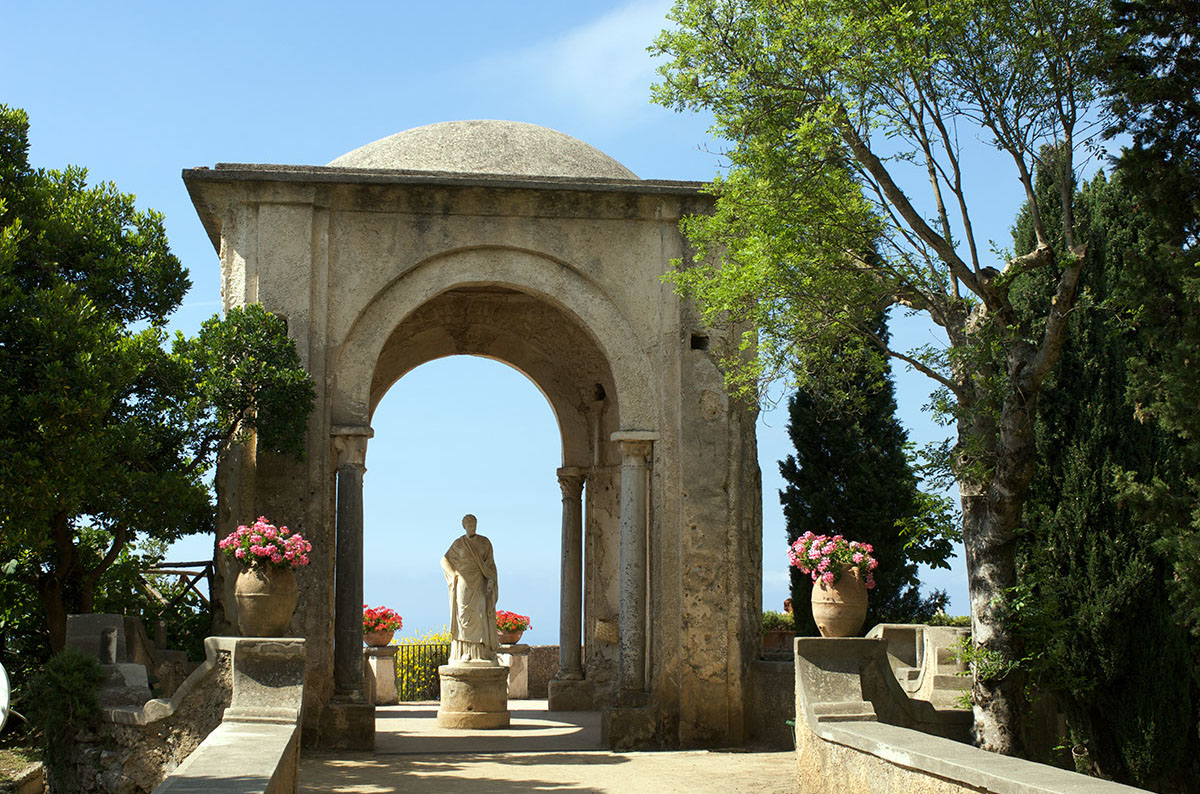 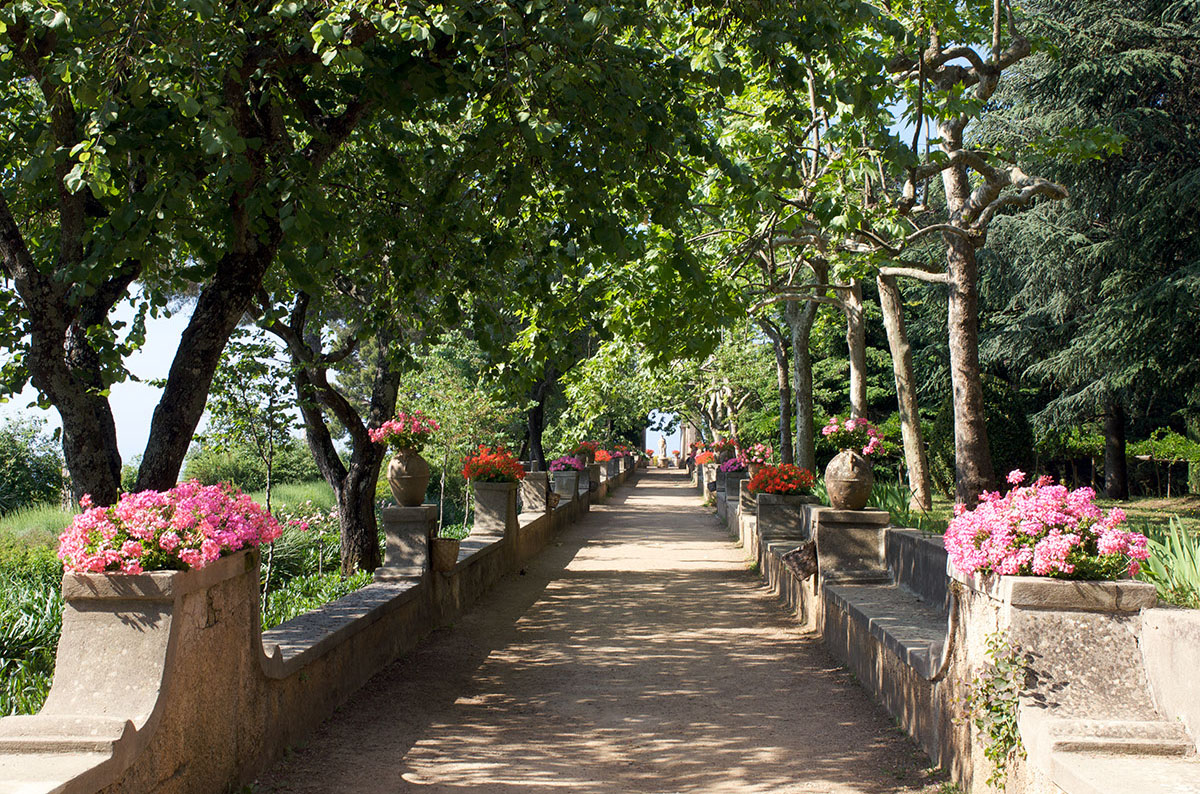 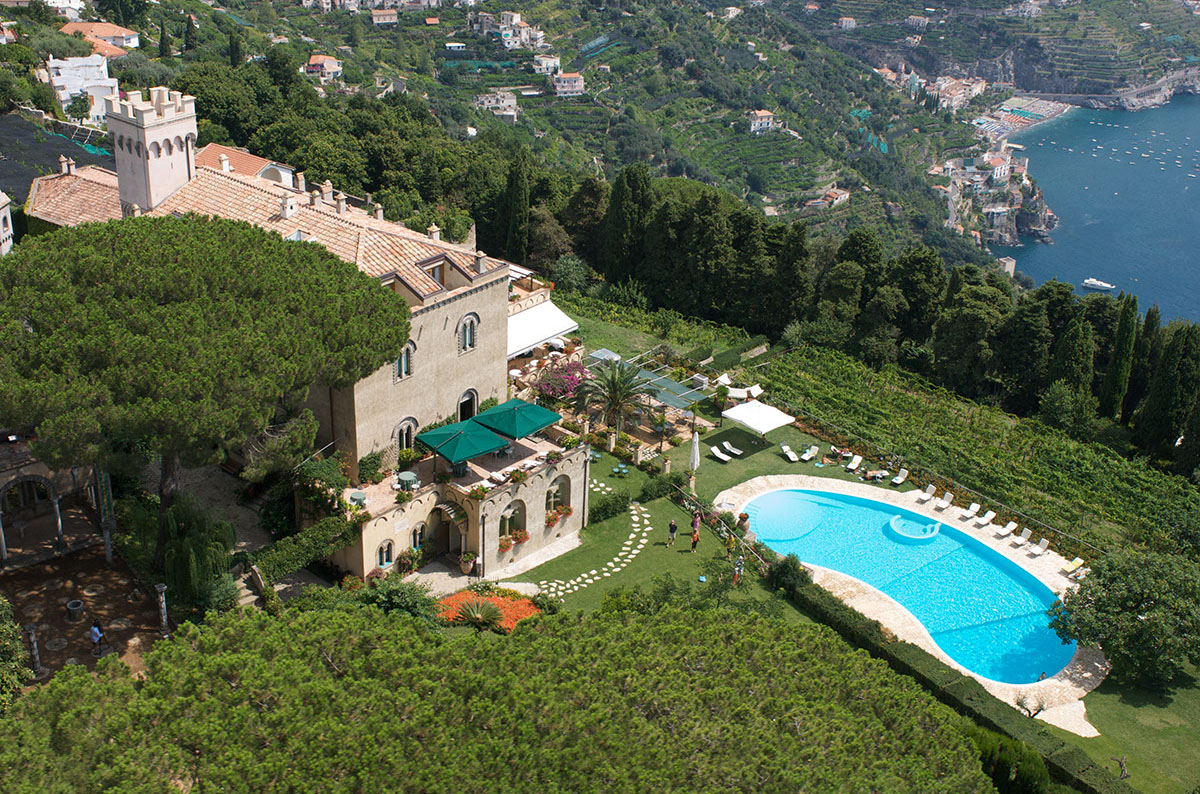 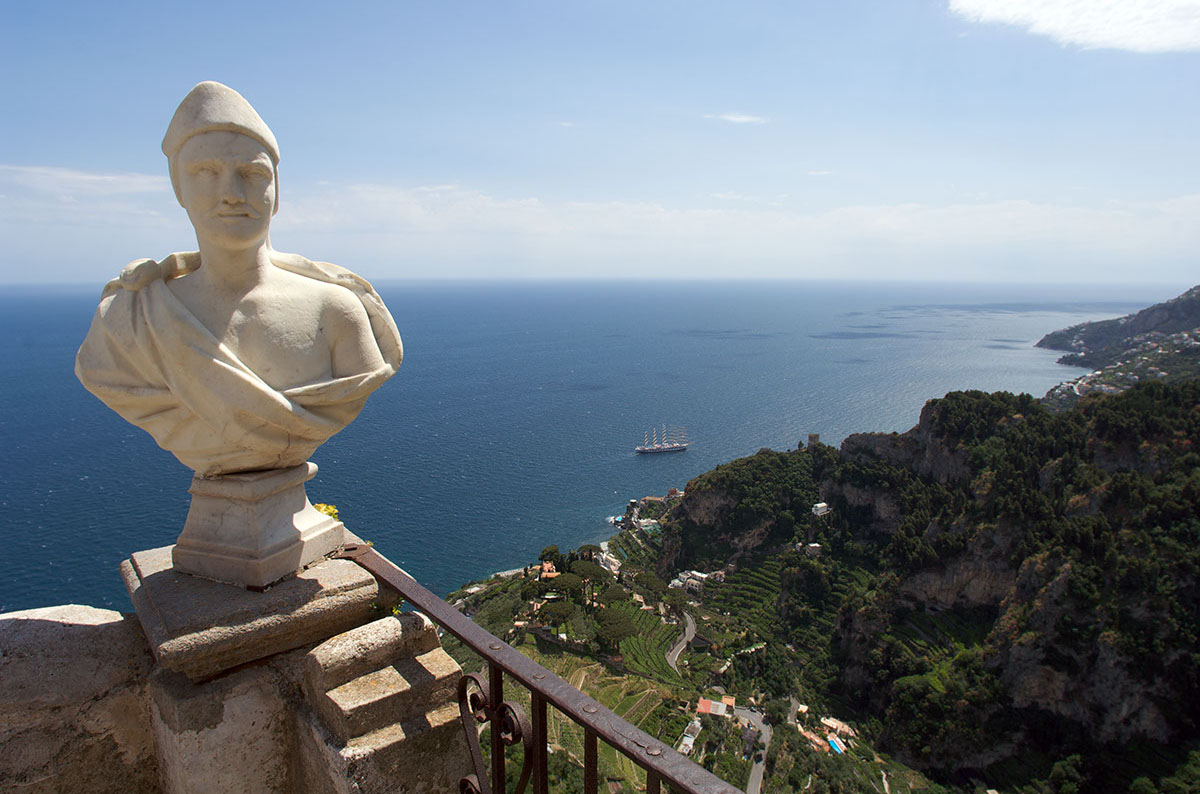