On the right side of the Duomo there is the entrance to the Villa Rufolo, which takes the name from the noble family who built it in the 12th century. Most of the ruins are original of that period and a part of them were rebuilt during the 19th cent., when the property was acquired by the Scottish Lord Francis Nevil Reid. He redesigned the romantic garden as we can admire it nowadays, making it a wonderful model of fusion between several styles Arab-Sicilian-Norman.The entrance of the Villa is a Gothic arch, made by a dome decorated by interlacings of blind arches. At the four corners there are four little statues in yellow tuff stone, representing the four seasons. A little promenade leads to the Moorish cloister, the architectural core of the whole Villa. Along the still preserved walls, it is possible to admire the remaining design of the cloister with few more little columns which orignally decorated it. It is possible to have access to the monumental Major Tower (30 meters high) from a courtyard on the left. This tower, part of the ancientest ruins of the Villa, is divided into three levels and not far from it there is the Hall of the Knights. In this beautiful scenary, the composer Richard Wagner found his “Magic Klingsor’s Garden”. The upper garden represents the natural stalls for the concerts of the Ravello Festival, realized on the suspended stage of the lower garden. Between the two layers, during the last archeological researches was rediscovered the Turkish Bath, where it is still possible to admire the original water passages. Going up towards the residence there is the Dining Room. Following the outside walls ornated by polychrome decorations, it is possible to reach the ancient Chapel, which today hosts art exhibitions and cultural events. 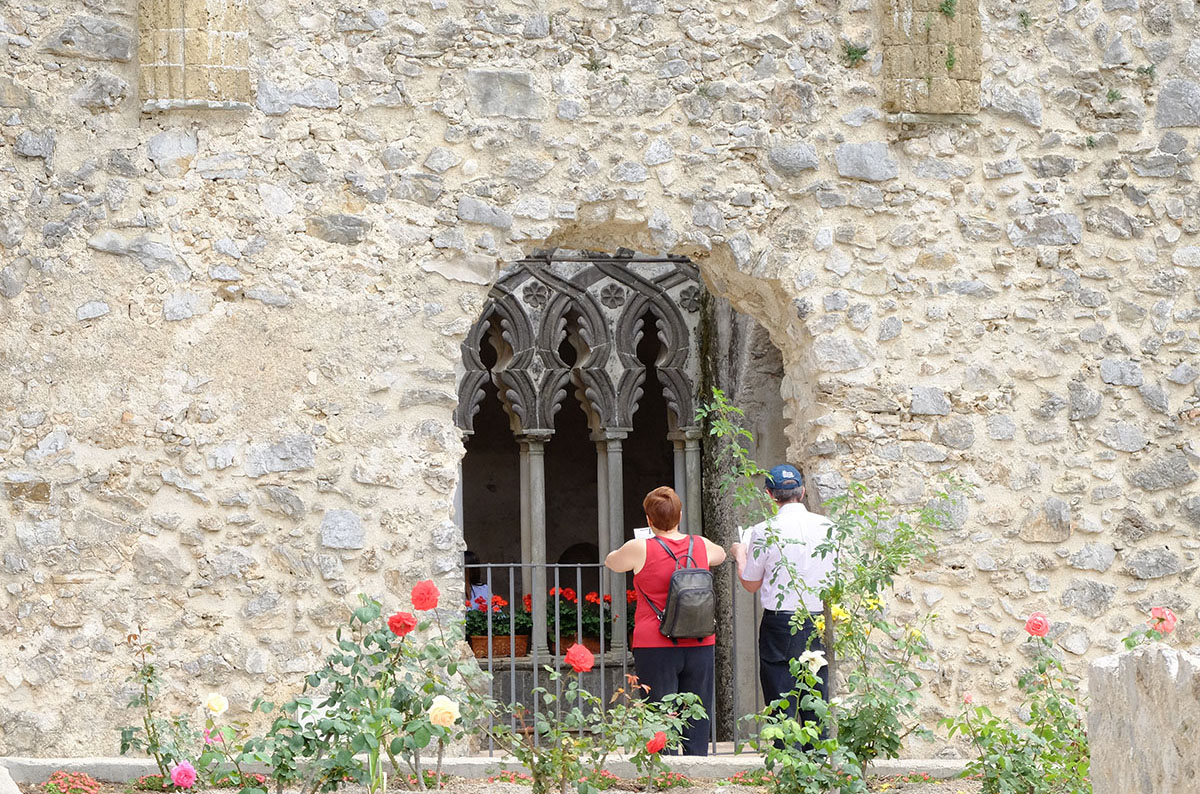