The three aisles with the inclined floor end with three apsides. The left aisle hosts the Chapel dedicated to the patron of the city, San Pantaleone. Here is preserved the ampulla in gold, silver and glass with the relics of the solidified blood of the saint which, according to the tradition, every year dissolve itself. In the central nave, on the left, there is the magnificient Ambo of the Epistle built by the Bishop Costantino Rogadeo at the beginning of the 12th century. It is decorated by two polychrome mosaics with Jonah and the sea monster. On the right, the Ambo of the Gospel, dated 1272 and made by Niccolò di Bartolomeo from Foggia, with fine ornamental motifs. On the right aisle, there is the stairway to enter into the crypt where is allocated the Museum of the Duomo, which hosts silver reliquaries, the bust of Saint Barbara, in burnished and golden silver, marble urnes and epigraphies and the beautiful marble bust of Sigilgaita Rufolo, made by the same Niccolò di Bartolomeo from Foggia. On top of the right aisle is now placed a sarcophagus of the 14th century, donated by the Bishop Francesco Castaldo, together with San Michele Arcangelo defeating the Devil, painted by Giovan Angelo d'Amato, a painter of the '500 coming from Maiori. The bell-tower in Arab style is dated 13th century and stands on the right side of the Duomo. 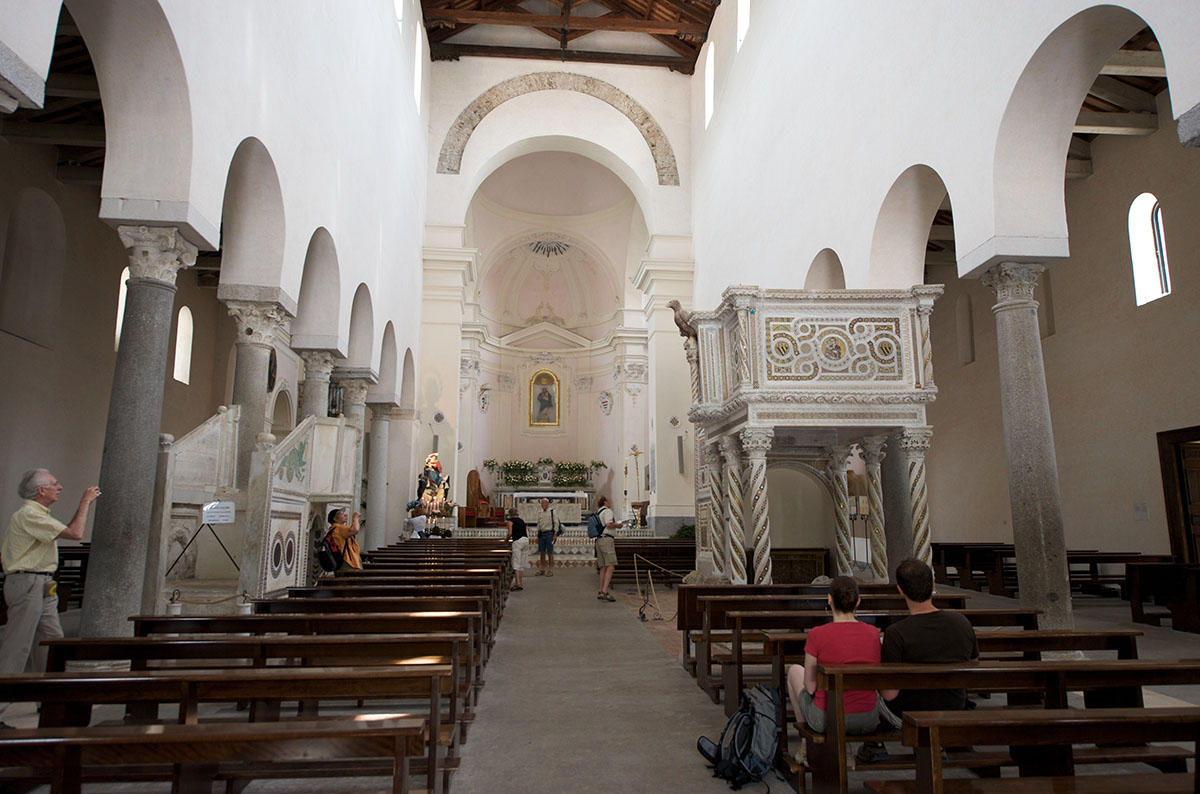 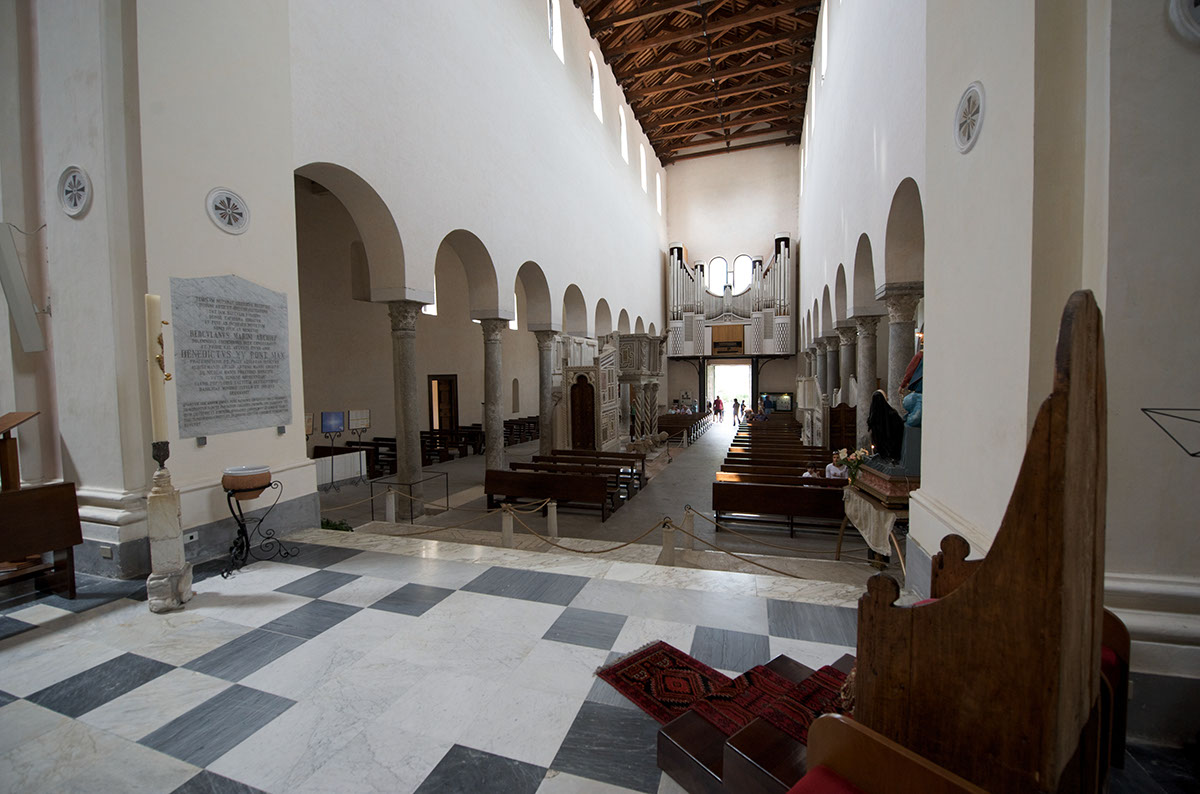 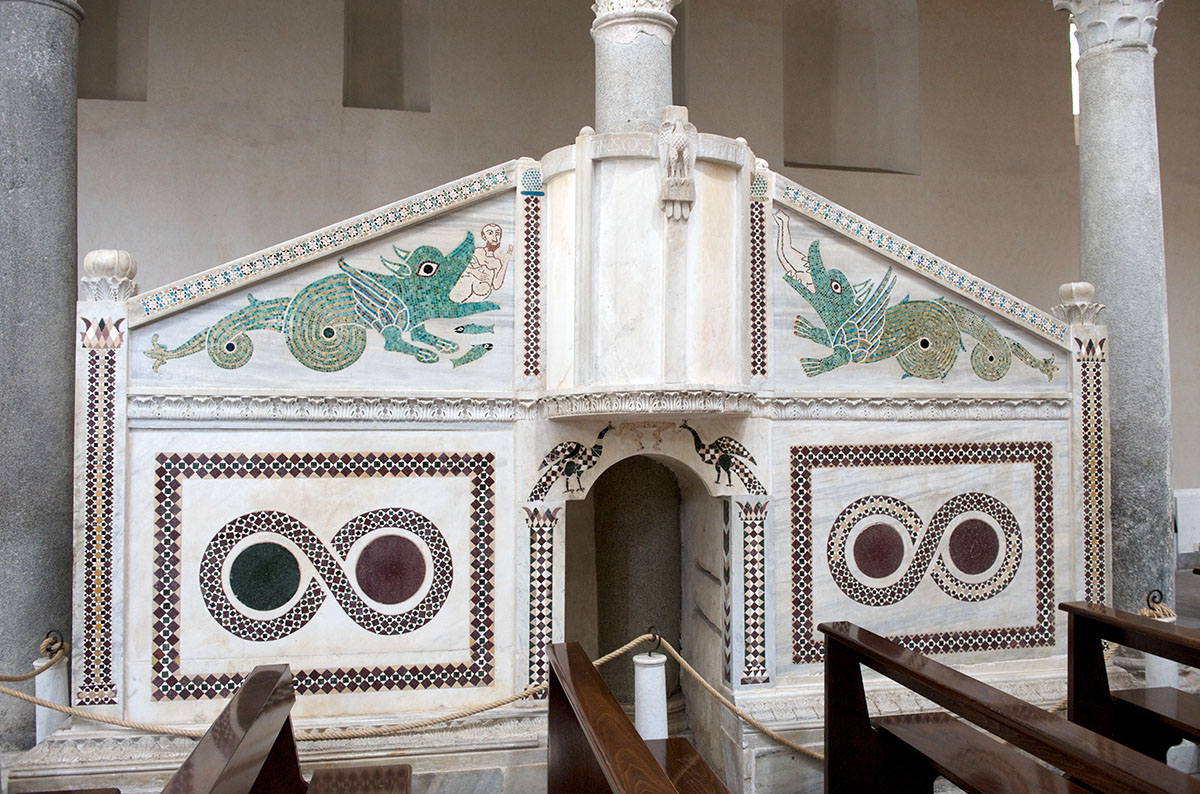 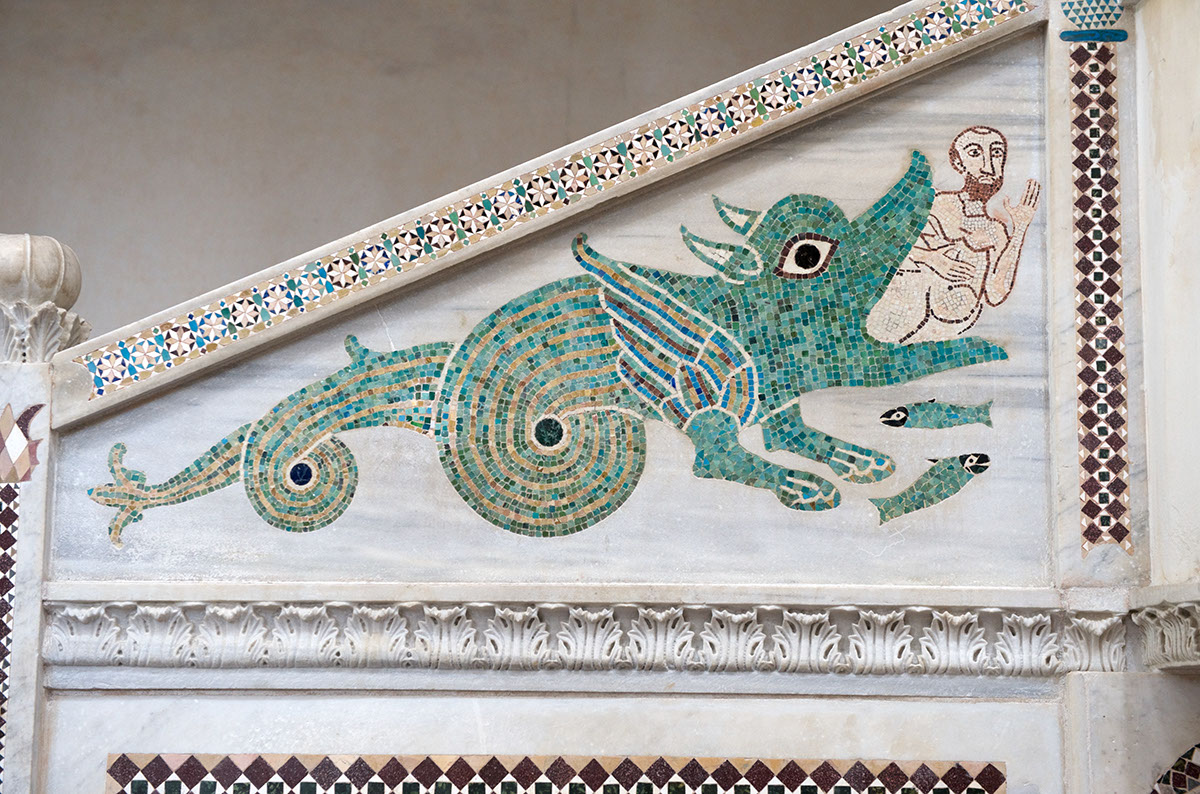 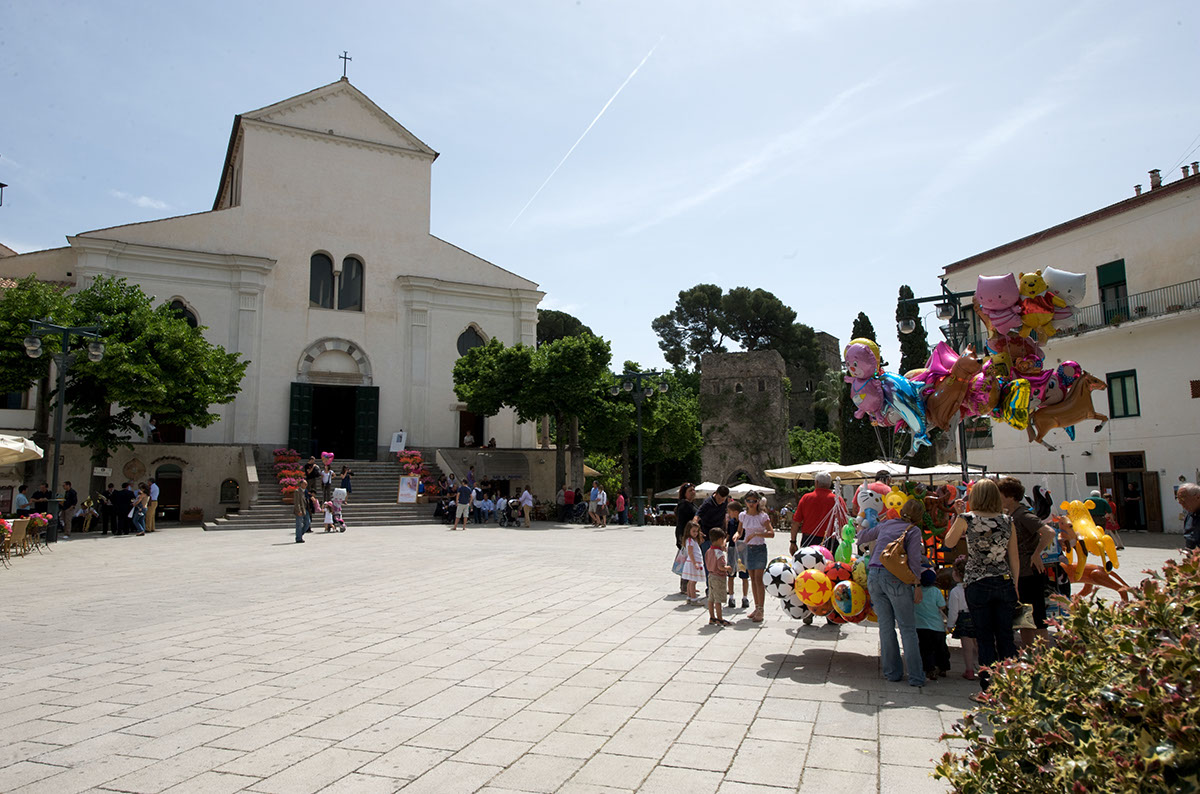